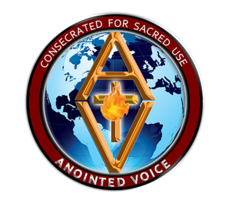 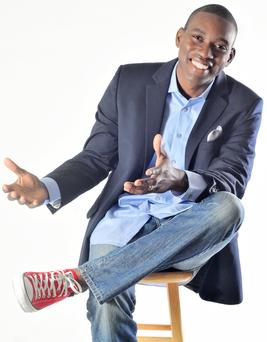 A Florida-based artist/songwriter/speaker from Fort Pierce.

Kenny Robinson is a licensed minister at his hometown church, Bass Temple COGIC, and a former candidate for Fort Pierce City Council. He is an advocate for veterans and a volunteer with “Building Homes for Heroes” which provides “mortgage free” homes to wounded veterans. He authored the powerful tribute song “HERO”, which honors our United States Armed Services’ men and women.

Kenny is a new, emerging, independent gospel artist. His signature voice and original songs with passionate lyrics, are making an impact on the hearts of many around the world. He launched out as an independent artist on August 13, 2014. Since then, Kenny has been featured on a plethora of shows. Which includes, but is not limited to: the “Dr. Bobby Jones Presents”, Rhonda Towns’ “Plenty More Love”, and CBS Channel-12 News(WPEC) in a special segment called "Extraordinary Persons".

Kenny has shared the stage with other great gospel artists in the likes of Byron Cage, Jekalyn Carr, Joshua Rogers, Maurice Griffin and more. Kenny’s debut single, “My Due Season” swept the airways giving hope to many and reaching Billboard Gospel Charts’ Top 30; peaking at #28 in December 2019. His music is currently in rotation on Sirius FM’s Kirk Franklin’s Praise radio station and many stations around the nation.

Kenny quotes, “I believe that if I pour my heart into my music, it will overflow into the heart of those who hear it; touch their lives, and help them to experience the love of Jesus Christ." When asked about his objective as an artist and writer, he states, “I just love great music with a significance. And my mission is to create lyric driven songs that inspire and serve a purpose".

Kenny seeks to encourage the nations with his new lead single’ “Something Good”, which is off of his debut album “Uncompromised” that was released on July 23, 2021. He states, “The entire world has been impacted by the global pandemic. Many have experienced loss on an unprecedented scale. “Something Good” was written to encourage people all over the world that although bad things happen in our lives; God always finds a way to turn it around for our good. Get ready!